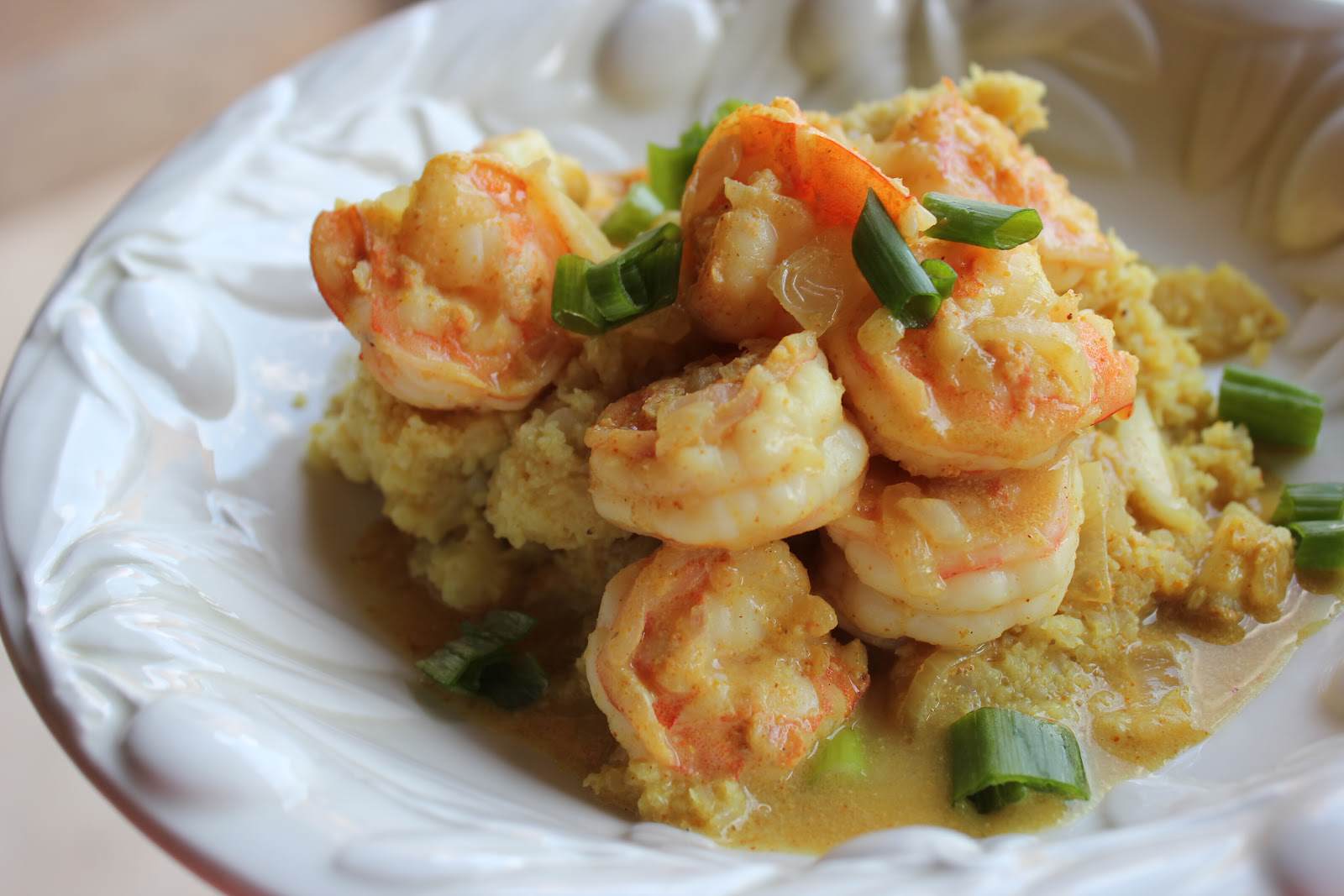 I made this recipe for the first time and like many I’ve tried, it was good, but no rush to repeat.  Not because we didn’t enjoy it, simply because I HATE peeling shrimp.
It totally grosses me out.  Not unlike the act of peeling eggs or potatoes (before going primal).  I dislike standing over the sink and peeling stuff.  Call me crazy.
Anyway, it’s a very simple recipe and I always find some adjusts to make after the first round of preparing something.  For this, not enough heat.  We love spicy foods and this would have benefited from some cayenne which I think I left out by accident.
This recipe was adapted from a Chicken dish I found on Paleo Plan’s site.
Ingredients:
First I peeled (Ick!) and deveined the shrimp and set aside in a bowl of cold water.  Heat 1- 2 tbsp of coconut oil in the saute pan.  Toss in the frozen cauliflower and red bell peppers to heat and cook until slightly softened.  Add all of the dry seasonings.  Pour the can of coconut milk over the cauliflower. Toss in the shrimp and cooked until opaque and curled up 🙂
Once cooked completely through, take off the heat and serve with a sprinkle of chopped scallion on top.