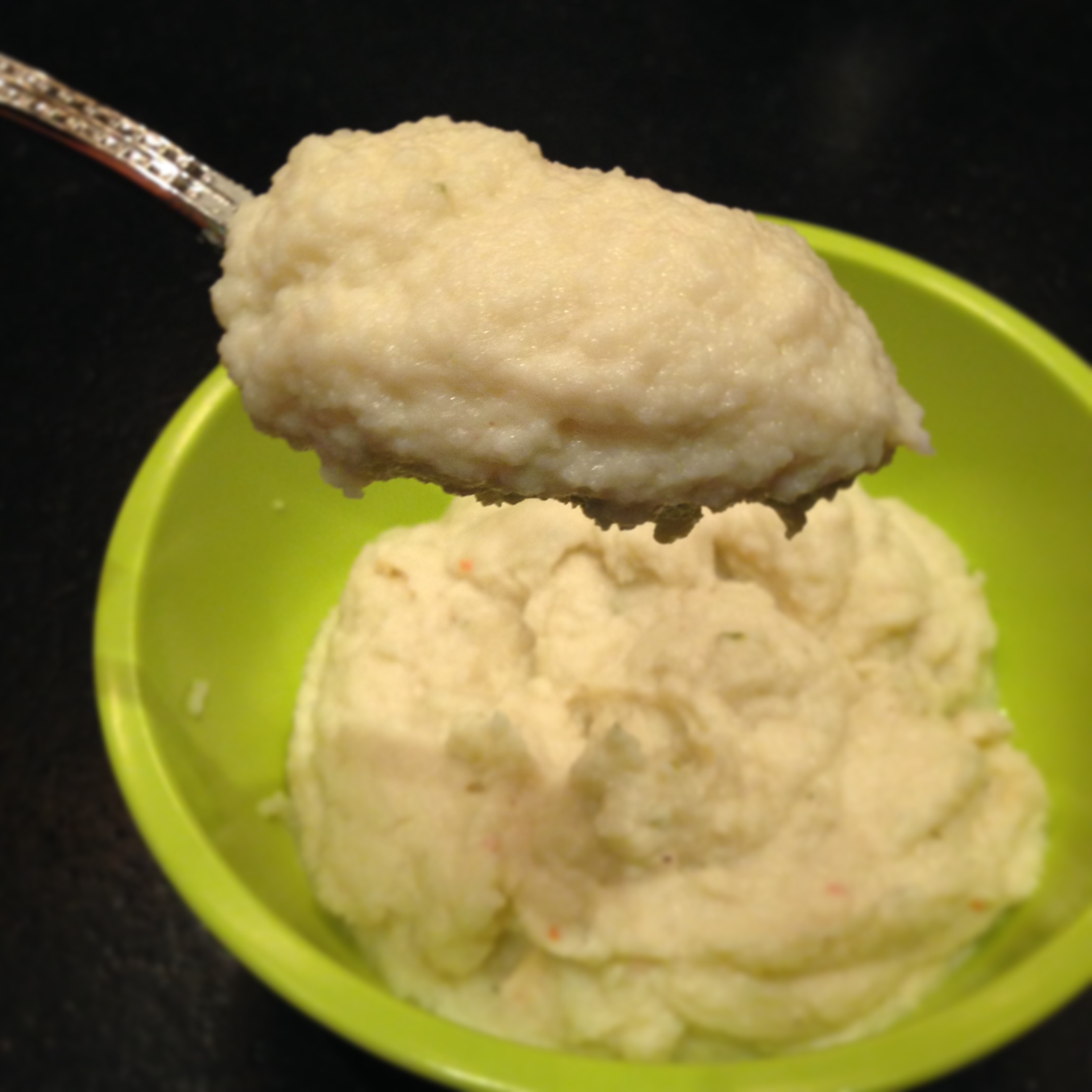 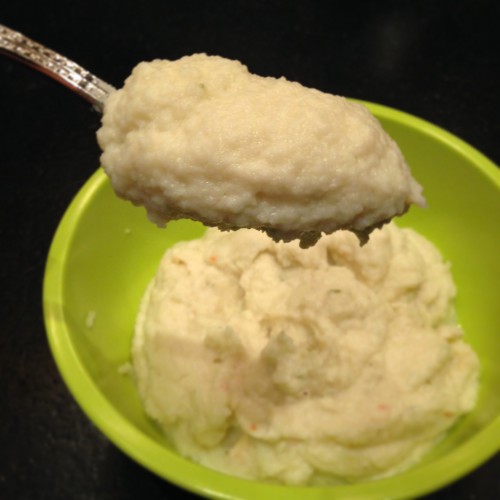 So I was bored….that’s the way most of my trouble begins.  Not this time, I was behaving, but decided to play around with a new recipe for giggles.  Happened to have a head of cauliflower lying around, because, well, doesn’t everyone?  I also had this cheese made with Almond Milk.  Not the purest thing in the world, but as you know I’m not the hardcore Paleo police. 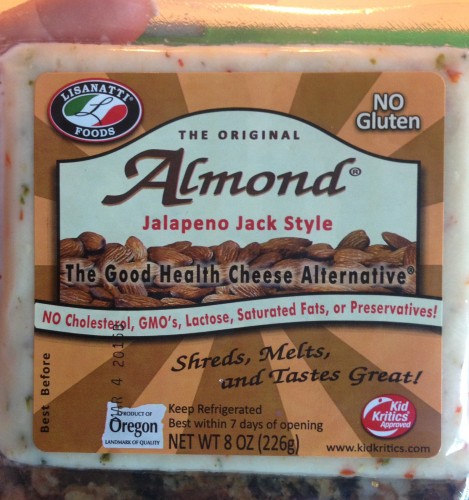 In a large pot of boiling water, cook the entire head of cauliflower until fork tender (approximately 8-10 minutes).  Remove from water and let cool down and pat dry.   Using a food processor or blender (Vitamix is my favorite) puree until smooth and add in diced almond cheese to incorporate.  Season to taste as you puree it and its finished when creamy and the consistency of mashed potatoes.